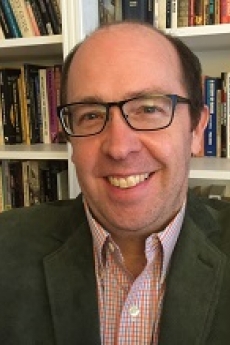 Henry E. Hale is Professor of Political Science and International Affairs and Co-Director of the Program on New Approaches to Research and Security in Eurasia (PONARS Eurasia).

His work has won two prizes from the American Political Science Association, has been funded by the National Science Foundation, and has appeared in numerous peer-reviewed journals, including the American Political Science Review. He has spent extensive time conducting field research in post-Soviet Eurasia, and his most recent books include The Zelensky Effect (Hurst/Oxford University Press, 2022, with Olga Onuch) and Patronal Politics: Eurasian Regime Dynamics in Comparative Perspective (Cambridge University Press, 2015).

Prior to joining GW, he taught at Indiana University (2000-2005), the European University at St. Petersburg, Russia (1999), and the Fletcher School of Law and Diplomacy (1997-98). He is also chair of the editorial board of Demokratizatsiya: The Journal of Post-Soviet Democratization.

PSC 6366 - Government and Politics of Russia

His articles have appeared in a variety of journals, with his piece "Divided We Stand" (World Politics, 2004) winning the APSA's Qualitative Methods Section's Alexander George Award.